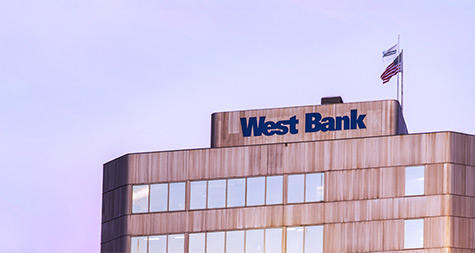 For West Bank’s 125th Anniversary, each West Banker was given the opportunity to direct a $125 donation from the West Bancorporation Foundation to the charity of their choice.

For the second year, West Bank was a sponsor of the Annual Cure Rett Iowa Strollathon.  West Banker Peggy Fleming participated in honor of her 14-year-old honorary niece Emma Larson who has Rett Syndrome.

Rett syndrome is a genetic neurological disorder occurring almost exclusively in females and becoming apparent after 6-18 months of early normal development. The resulting regression leads to lifelong impairments, including lost speech, seizures, scoliosis, irregular breathing patterns, and more than half of the children and women lose the ability to walk. Those diagnosed with Rett syndrome require maximum assistance with basic daily activities. You may have seen the recent reports from NBC's Richard Engel whose son is one of the rare cases of a boy with Rett Syndrome.

"Emma is the daughter of close friends and I witnessed her regression. At around 18 months, she had an insatiable appetite due to her body's inability to absorb food properly and she lost all language and some motor skills. It was heartbreaking, but with the help of her supportive family, she has retained the ability to walk and attends middle school. She uses an eye-gaze computer for her schoolwork," said Fleming. "As a communication professional, the inability to communicate that these children experience hits me especially hard. They develop very expressive faces and tools like the eye gaze computer help, but they are still trapped inside their own heads. All the while, as the condition worsens, they are unable to easily articulate how they feel or what is going wrong with their bodies." 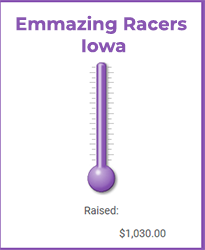 Helping  to Exceed Our Goal

“When West Bank’s $125 for the 125th Program was announced, I was in the middle of my fundraising effort,” Fleming said. “Of course, I immediately requested that the $125 be donated to my team, The Emmazing Racers Iowa. That amount put me over the top at $1,030 raised for RETT Syndrome research. I am so thankful for the support of West Bank and my fellow West Bankers who also contributed.”